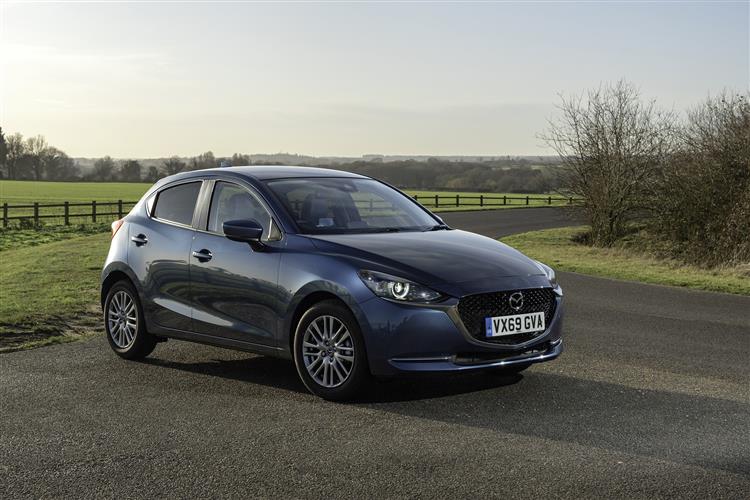 The Mazda2 is a strong option if you're looking for a quality supermini and has been usefully improved in recent times. In recent times, the car's been improved with mild hybrid tech, plus if you want full-Hybrid technology, then Mazda has a re-badged version of the impressive Toyota Yaris to offer you. It's the e-SKYACTIV-G mild hybrid range we look at primarily here though, based on a third generation 'DJ/DL'-series design that dates back to 2015 but is aging well. This model packs in some big car features into a pertly-styled body and features great real-world economy. It's still a real contender to the likes of the Fiesta, Corsa, 208 and Clio.

The Mazda2 is going places. The first Mazda2 sold 410,000 units between 2003 and 2007. The second generation model had a seven year run at the market, but had already eclipsed its predecessor's total midway through 2010. Both cars owed a lot to Ford's strategic partnership with Mazda, effectively being rebodied Fiestas which, as anyone who's ever driven a modern Fiesta will happily admit, is no bad thing. For the third generation version, this current car, launched in 2015, Mazda went it alone, this MK3 model '2 riding on its own SKYACTIV chassis technology, updated at the end of the decade with the mild hybrid e-SKYACTIV-G technology that features in the car today. The brand doesn't have a full-Hybrid engine in its portfolio, so has borrowed one from rivals Toyota, which is sold as the Mazda2 Hybrid but is essentiually a separate product sold alongside this one. Our focus here though, is on the mild hybrid models.

Buyers looking for a mild hybrid Mazda2 choose from three versions of the 1.5-litre SKYACTIV-G petrol unit with 75, 90 or 115PS on tap. Power is transferred to the front wheels via five and six-speed manual transmissions as well as a six-speed automatic. The full-Hybrid Mazda2 is very much a separate product, based entirely on a Toyota Yaris, which means it gets that car's 1.5-litre self-charging engine mated to a 80PS electric motor, giving a total system output of 116PS. Here, we're going to focus on the older mild hybrid variants, which in recent times have benefitted from a range of dynamic updates, with changes that include use of a urethane top mount in the rear dampers and revisions to the power steering to improve response and feel. In addition, there's G-Vectoring Control Plus (GVC Plus) - the evolved version of Mazda's GVC system, which uses the brakes to apply direct yaw movement control in addition to engine control. Basically, it helps you get grip down through the bends. As before, the suspension has been set up to be Volkswagen-firm which you'll feel on poor surfaces, but the flipside of this is that the Mazda2 offers reassuring body control in corners. The steering is an electrically-assisted system, so don't expect bucketloads of feedback, but you can count on clean response and perfect accuracy. In recent times, front and rear damper settings have been revised to enhance ride quality, while to improve body control, the front anti-roll bar bushing has changed and the structure of the front lower suspension arm has been modified. Additionally, a small recalibration of the electric power steering is supposed to result in improved steering feel. Overall, with a sporty feel and easy manoeuvrability, the Mazda2 is more than just a city scoot. It's got a welcome element of long distance versatility too.

Visually, mild hybrid versions of this Mazda2 are marked out by the latest evolution of Mazda's KODO design. The smarter grille features a mesh pattern, bringing it into line with the style seen on the latest generation Mazda3 hatchback, while the wider signature wing and revised headlights are supposed to heighten the car's 'sporty' appearance. At the rear, the redesigned bumper aims to give the impression of a lower stance on the road. The Mazda2 full-Hybrid is a separate design based on the Toyota Yaris, but that's not our focus here. Inside the mild hybrid variants, revisions to dashboard trims, air vent louvres, door inserts and the instrument hood are examples of how improvements to materials and design have enhanced the Mazda2's already upmarket interior. Highlighting Mazda's driver-centred focus, the enhanced front seats feature a more advanced design and structure that better supports the body and helps maintain a posture in which the pelvis is upright and the spine maintains a natural S-shaped curve. The comfort of all occupants has also been considered with a host of upgrades designed to improve refinement and interior quietness. New damping materials have been added in the cabin and a reduced gap around the base of the B-Pillar further upgrades sound insulation, as do revised sealing rubbers between the roof panel and the boot. As before, cabin quality is a level above what most other superminis provide. Plus the mild hybrid model's boot is deep and boasts 280-litres of room with the seats in place - or 960-litres when they're folded.

There are two kinds of Mazda2 you can choose these days: the conventional version, which features the brand's 'e-SKYACTIV G' mild hybrid petrol powerplant. And a full-Hybrid model, which is essentially just a re-badged Toyota Yaris but costs a fair bit more. It's the conventional mild hybrid variants which are our focus here. Priced from just over £16,500 to just under £21,000, the Mazda2 e-SKYACTIV-G range features a single five-door bodystyle and four revised trim levels: 'SE-L', 'Sport', 'GT Sport' and 'GT Sport Tech'. The base 'SE-L' variant is the only one you can have with the entry-level 75PS engine and features rear parking sensors, 15-inch alloy wheels, LED headlights, navigation, climate control and cruise control. The other variants are mainly powered by the 90PS version of 1.5-litre Skyactiv-G engine and feature Mazda Connect navigation with a seven-inch colour touch-screen, plus Apple CarPlay and Android Auto smartphone-mirroring. In addition, the safety equipment tally is enhanced with Front Smart City Brake Support, Lane Departure Warning and Lane-keep Assist. Top 'GT Sport Tech' trim gets you the more powerful 115PS version of this engine - which only comes with manual transmission. From 'Sport'-spec onwards, the Mazda2 is marked out by 16-inch alloy wheels, gloss black grille treatment, rear privacy glass, shark-fin antenna and a chrome exhaust trim, plus it benefits from the smart keyless entry. At the top of the range, the flagship 'GT Sport Nav trim' features high-end features normally the preserve of more expensive sectors, including a reversing camera, leather seats and a colour head-up display, plus heated front seats and steering wheel.

Across all mild hybrid Mazda2 models, the 1.5-litre petrol engine has been refined to offer considerable efficiency improvements. The compression ratio has increased from 13.1 to 15.1, with the exhaust upgraded from a 4-1 to a 4-2-1 manifold. As a result CO2 emissions have dropped by 11 to 14g/km depending on output and transmission. As an example the popular 90PS 'Sport'-spec manual model has dropped from 120g/km to 107g/km, while across the range the corresponding improvements in economy further enhance the Mazda2's excellent cost of ownership credentials. As for fuel consumption, well the base 75PS manual model manages up to 58.9mpg on the WLTP combined cycle; for the volume 90PS manual, it's up to 60.1mpg - or up to 52.3mpg for the auto version. For the 115PS manual variant, it's up to 56.5mpg. All manual 90 and 115PS Mazda2 models benefit from mild-hybridisation thanks to the use of the Mazda M Hybrid powerplant. Utilising an antegrated start generator (B-ISG) and brake regeneration, this powerplant mobilises the B-ISG's power generation to make the most of the energy stored in the capacitor to reduce load on the engine and enable quick restart to help lower emissions and improve fuel economy with extended auto engine stop time. As for peace of mind, well given the reliability of Mazda products, you'd have thought the company might have wanted to improve upon its usual three year/60,000 mile package and take on the Korean brands. Not so. That familiar standard warranty remains in place for this car. Still, the cover provided does continue to include three years of European roadside assistance.

Good things often come in little packages. Here's one of them. It's a small car that's been developed with an extraordinarily large amount of care and as a result, remains a class act. Arguably, few other rivals offer a better all-round blend of performance and efficiency, plus this improved third generation Mazda2 in mild hybrid form delivers extra efficiency, smart looks, reasonable pricing and an interestingly-styled cabin offering premium segment features and some lovely quality touches. The bottom line is that if you thought all superminis were the same, it's well worth trying one of these. Life, you might find, is full of surprises.

END_OF_DOCUMENT_TOKEN_TO_BE_REPLACED 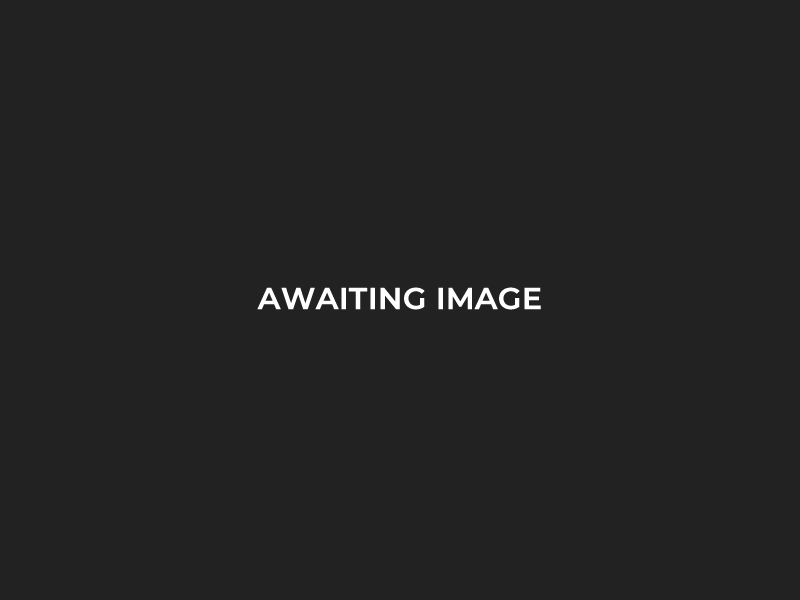